For Jolly news, exclusive event offers and empowering stories direct to your inbox. 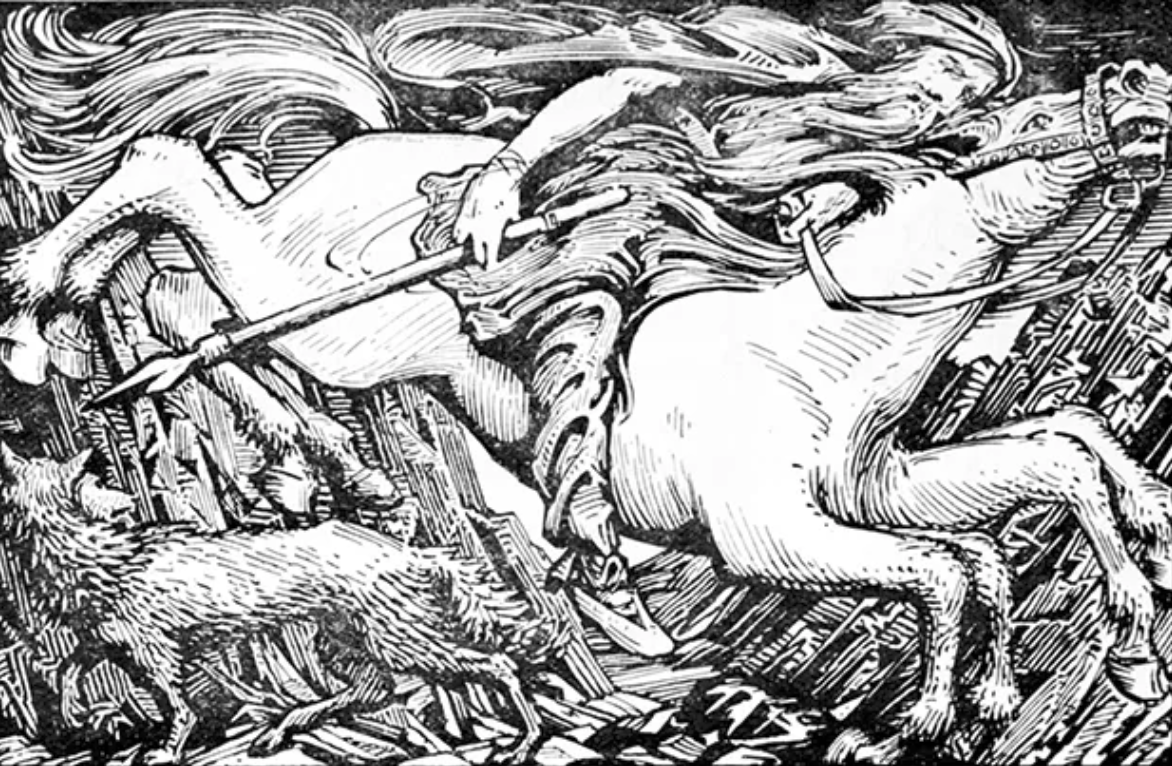 Santa Claus owes his very existence to the old Norse myths. He’s changed a lot over the centuries, but his origins in Scandinavia and Northern Europe cannot be denied.

Here’s a look at how Santa Claus emerged from the lands of the Vikings, exchanging the Norse god Odin’s more terrifying traits for those of a plump, chuckling man of eternally good nature.

Odin was chief among the Norse pagan deities. (We still remember him in the day of the week named for him, Wednesday, Woden’s Day.) He was spiritual, wise, and capricious. In centuries past, when the midwinter Yule celebration was in full swing, Odin was both a terrifying specter and an anxiously awaited gift-bringer, soaring through the skies on his flying eight-legged white horse, Sleipnir.

Back in the day of the Vikings, Yule was the time around the Winter Solstice on Dec. 21. Gods and ghosts went soaring above the rooftops on the Wild Ride, the dreaded Oskoreia. One of Odin’s many names was Jólnir (master of Yule). Astride Sleipnir, he led the flying Wild Hunt, accompanied by his sword-maiden Valkyries and a few other gods and assorted ghosts.

The motley gang would fly over the villages and countryside, terrifying any who happened to be out and about at night. But Odin would also deliver toys and candy. Children would fill their boots with straw for Sleipnir, and set them by the hearth. Odin would slip down chimneys and fire holes, leaving his gifts behind.

Centuries passed, and the world was changing. About the time paganism was being replaced by Christianity—which happened centuries later in the north than the rest of Europe—honoring Odin became forbidden. Yule was rescheduled to coincide with the Christian celebrations, and Odin was pushed out of the picture.

First the chief god was replaced by the goodly Christian Saint Nicholas, a fourth-century Greek bishop. Always depicted wearing a red cloak, he became known as the patron saint of giving in most parts of Europe—but not Scandinavia. He had helpers who would report on which children were good. He’d deliver gifts to the good kids. Beware the punishments dealt out to those who were bad!

After the Reformation, Nick and the other saints became forgotten in all the Protestant countries of Europe except Holland. There he morphed into Sinter Klaas, a kind and wise old man with a white beard, white dress, and red cloak. He’d ride the skies and roofs of the houses on his eight-legged white horse, delivering gifts through the chimney to the well-behaved children on his birthday, Dec. 6, St. Nicholas Day. Reminds you of Odin, right?

17th-century Dutch immigrants brought their tradition of Sinter Klaas to the rest of Europe, and his name changed into Santa Claus.

Photo: W.G. Collingwood / Wikimedia Commons
Odin atop his eight-legged steed, Sleipnir. In pagan times the pair would ride at Yule, terrifying those who dared to be out but also bringing candy and toys to children. Clement C. Moore replaced Sleipnir with eight flying reindeer in his 18th-century poem, and the image stuck.